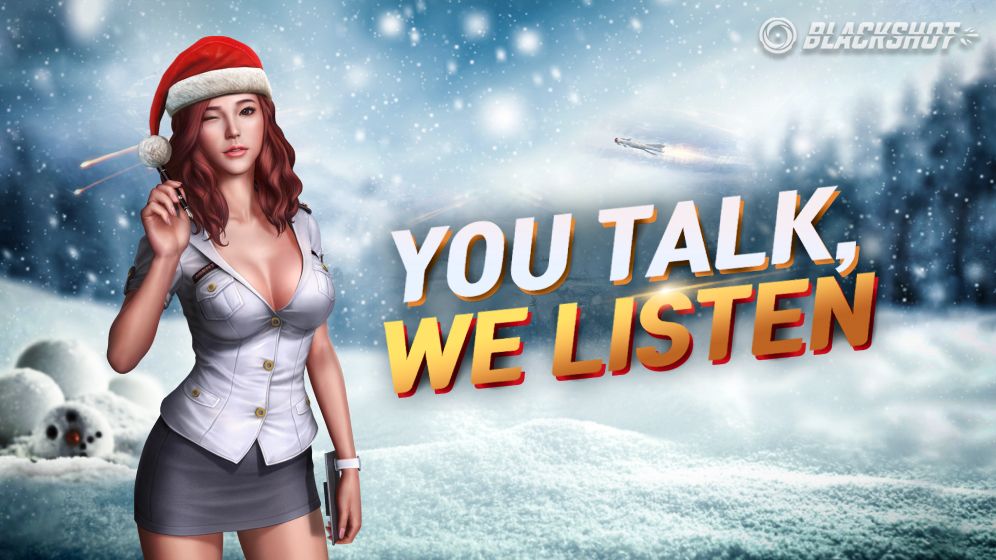 Happy Holidays and Merry Christmas Mercs! This holiday season, we’ve got a new map, new weapon and plenty of items for you to customise your outfits with. It’s also the last update of 2022. Tell us how we’ve faired and be rewarded for your constructive criticism! We want to serve you better in 2023 so fire away!

All constructive feedback will be taken into consideration, and you’ll be rewarded. Excellent feedback received will be specially rewarded.

We will only consider as valid participants the players that leave feedback on the new features of the update.

This discussion has been closed.
BlackShot GLB Archived Forum